Was John filled with the Holy Spirit, which is supported by his effective preaching, or will the Holy Spirit first appear in the world when Jesus is baptized by John?

Luke 1: 57-66:  57When Elizabeth’s son was born, 58her neighbors and relatives heard how kind the Lord had been to her, and they too were glad.

59Eight days later they did for the child what the Law of Moses commands.  They were going to name him Zechariah, after his father. 60But Elizabeth said, “No! His name is John.” 61The people argued, “No one in your family has ever been named John.” 62So they motioned to Zechariah to find out what he wanted to name his son.

63Zechariah asked for a writing tablet. Then he wrote, “His name is John.” Everyone was amazed. 64Right away, Zechariah started speaking and praising God.

65All the neighbors were frightened because of what had happened, and everywhere in the hill country people kept talking about these things. 66Everyone who heard about this wondered what this child would grow up to be. They knew that the Lord was with him. 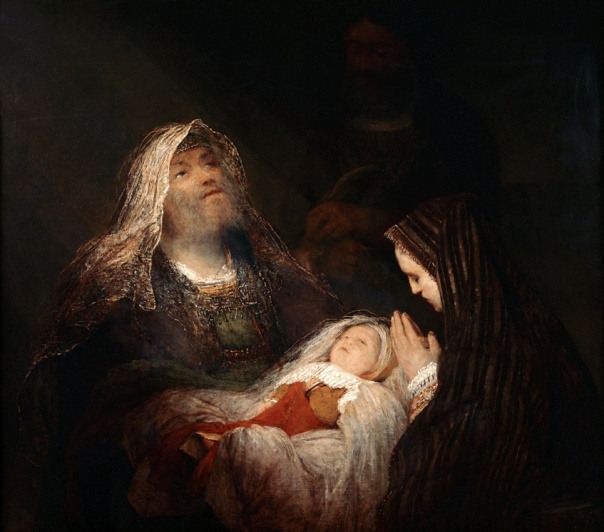 While the Bible does not provide us with details of the early life of John the Baptist, the Muslim Koran and the Apocrypha used by Roman Catholic Christians does. Here we learn that Zechariah and Elizabeth fled to the desert of Judea to protect their son John from the killing of all the male babies by Herod’s soldiers.  During this time Zechariah lied to protect his son, John, during the Massacre of the Innocents.  He was executed and reports are that Elizabeth died forty days later.  The painting below describes his martyred death as extremely cruel with his body parts dismembered.

This would raise a question about how the orphaned young child survived in the desert.  According to Luke 3:2-3 and Matthew 3:1, John developed his belief in the coming of the Son of God baptizing believers in the coming of a Savior.  He will recognize his relative Jesus as the Savior sent from God and baptized him in the Jordan River.

John the Baptist’s preaching likely led to the conversion of Andrew, Peter’s brother.  Luther fills in the details omitted in this amazing story in John 1:35-42 by imagining that Andrew (like Peter), had a wife and children and wrestled with all the problems of a family and the responsibilities of supporting a household on an unpredictable income. But Andrew listened to John’s sermons about repentance and was baptized! Although busy and exhausted, Andrew and his family found time for God – as they desired to enter the kingdom of God.  John was an active minister who proclaimed and preached God’s Word, not a passive minister who performed rituals or made sacrifices.

The Massacre of the Innocents by Giotto di Bondone with Elizabeth saving her young son, John.(1306)